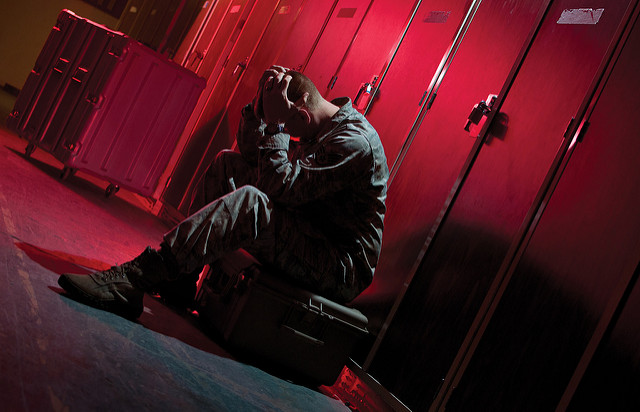 There is a great deal of conversation these days around the concept and idea of “moral injury“. Moral injury is the damage done to one’s conscience, psyche or moral compass as a result of experiencing and/or perpetrating things that transgress or challenge our most deeply held human beliefs. It is used most often in association with military veterans who have been in situations that defy most of our “normal” imaginations.

Examples of moral injury in a military setting include:

In the world of mental health, many veterans struggling with issues of PTSD & TBI’s (traumatic brain injury) are treated for their outward symptoms, issues of anger, anxiety, guilt and shame. However, I believe that for there to be any of hope of return to optimal health, underlying factors and causes, such as those sustained by the moral injuries, need to be considered, and factored in as well. These are very deeply held challenges and beliefs that may not be as self evident, or even recognized by either the sufferer or their health care provider. Is it part of the whole picture? Does it need to be addressed separately or as a part of the whole process?

I was also moved this week when a co-worker shared with me concerns related to the upcoming Memorial Day holiday. This is a day when we remember our fallen veterans and those who “serve”. “I cringe knowing I will hear ‘thank you for your service’ because I feel I’m put into an awkward situation.” Do they know what they’re ‘thanking me for?’ ‘Do they realize I was only serving here locally?’ ‘Others are the ones who should REALLY be thanked.’

And there are other perspectives from those with longer service. Here’s a clip of a short interview with Grif Griffin, co-founder of Combat Flip-Flops (of Shark Tank fame) on his thoughts on being thanked for his service. For him, it’s about him wanting people to know more. It’s a complicated situation that I think is challenged in today’s sound bite culture.

So, this coming Memorial Day, my wish is for those interested in learning more, to really do so. With social media today, there is no lack of resources and/or great sources of material.

But most importantly, be mindful of the power and effect your words may have when you thank someone for their service.