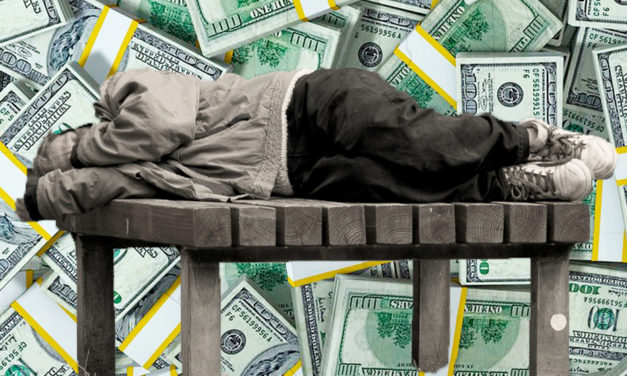 On Monday April 17th, the Bellevue City Council, in a vote that defied common sense and due diligence, voted 4 to 3 to move forward with siting a King County regional low-barrier men’s homeless shelter by the Eastgate Park and Ride in Bellevue, firmly confirming its bid to officially join the Homeless Industrial Complex.

What, you may ask, just is this “Homeless Industrial Complex”. Well, thank you for asking and allow me to explain. The best description I have seen says the Homeless Industrial Complex is “an impressive money-making machine for several nonprofit shelters and service providers that claim to work on behalf of the homeless. The leaders of many of the shelters and services proclaim to be knowledgeable on studies and have experts at their disposal. And yet, at the heart of the matter they are all paid professionals and one can’t help but wonder how involved they would be if they were not reaping financial rewards.”

This was first used as an accusation leveled towards Congregations for the Homeless (CFH), when I was first informed of the plans to site a shelter in Eastgate, back in October of 2016. At the time, I vehemently defended CFH and its intentions, especially due to my years of experience volunteering for non-profits providing services to help the homeless, both as a long-time volunteer (more than 15 years) and both as a board member and board chair of a multimillion dollar non-profit whose mission is to “offer… build… and ally with youth as they meet their future off the streets!”

However, in the ensuing months, and culminating this past week, it’s become abundantly clear to me, that CFH is firmly ensconced in its singularly focused determination to influence the outcome of siting this shelter in Eastgate DESPITE the overwhelming concerns raised by the community and leadership, DESPITE the data and information showing there are at least 2 significantly more viable site options that have not been considered and DESPITE pleas from the community to consider programming options that may better serve this population. And then, to top it all off, CFH went above and beyond to put the word out amongst their followers, churches and their membership from around the greater Seattle area, who all showed up on Monday, brightly dressed in red, to “show their support”.

This made most clear to us by a clergyman and his wife, from Seattle, who were there to show their “support” for the shelter and who clearly made their “disdain” of those who oppose and fear mongering, heartless, and uncompassionate, who don’t care about the people who would be served. Boy – he couldn’t have been more wrong – and sadly – there’s simply no room for discussion.

In the next few days and weeks, those of us who are working hard to see the shelter is appropriately sited, will be releasing new information (new that is to us!) showing, once again, the city of Bellevue, and especially those organizations leading the direction of this project, Imagine Housing, ARCH and CFH, have chosen to at best ignore, and at worst, to hide or claim ignorance of, in order to forward their personal agendas, from which they all clearly benefit financially.