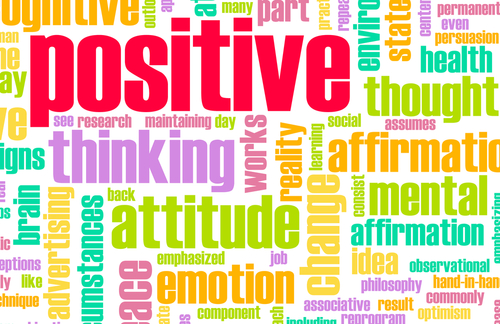 I recently read an article on LinkedIn that moved me to respond. As I was writing my response – I realized this was worthy of a post, in and of itself. The author taught me a valuable lesson that I’d learned previously from a negative and underhanded co-worker. There is no reason to be drawn DOWN to the level of a negative person – ever. Here’s my response:

So… I read this article, intrigued by the title: “…Your Boss Hates You…” sure the writer was being ironic. Sadly – I was wrong. Then I read the article, and the comments, and was shifted, slightly, in how I’ll temper my comments.  As someone said below – “The sad thing is many people can relate to this article, me being one.” Me too.

HOWEVER… what’s most important IMHO about information is what we choose to do with it. Many of us feel very strongly (even passionately) about things such as workplace conditions and how to grow in our careers.  But it’s our actions or responses to those things that shows character and depth of thought and is ultimately the impression we leave on people (co-workers and bosses included!).

If you go into the workplace, convinced your boss has it out for you – who’s to say, that’s not the energy you’re giving off right off the bat, potentially creating an adversarial relationship right from the start. And this is with someone who could be positively influential in your life.  I too, have had bad bosses. Actually – I’ve had some horrible ones, one of whom was not even a boss but was so threatened by my presence, did all they could to have me moved along and removed.

The interesting thing is that role, more than any other I’ve had, was the one where I feel I learned the most; true strength of character, the value of patience and consistency and most importantly, I learned, very clearly, what NOT to do. I also learned to be really proud of who I am, and therefore became less concerned about how I was perceived by others I could see were not worthy of being concerned about. I am forever in her debt for what she taught me.

Also – I do kinda wish I lived in the wonderful world the author lives in, where middle management makes $225k/year and are threatened by their underlings. But interestingly, this seems like a very Trumpish (ie immature) way of dealing with the issues.

Gleaned from the article:

I feel really bad for the author because the world he lives in really does sound like a drag.

We do however agree on some things…

We all have control over our destinies. I honestly believe there’s no need to take the advice given here. In fact, in the long run, I believe it will be harmful to your career, and frankly even your life.

Instead – spend some time listening to or reading someone like Simon Sinek. Here are few quotes by him.

I promise you your time will be much better spent!

So… hold your head high, surround yourself with positive people and positive energy, and you’ll be amazed at what will start to come your way!